On Saturday, Peter Tabichi was installed as a Kisii elder at a colourful homecoming at the school he propelled into international limelight — Keriko Day Secondary in Pwani village, Njoro.

Since returning home, after winning the Global Teacher Prize in Dubai, Tabichi has been feted by the high and mighty, including President Uhuru Kenyatta who hosted him at State House, Nairobi on March 29.

On Saturday, it was the turn of excited villagers, teachers and students to celebrate the victory of one of their own. 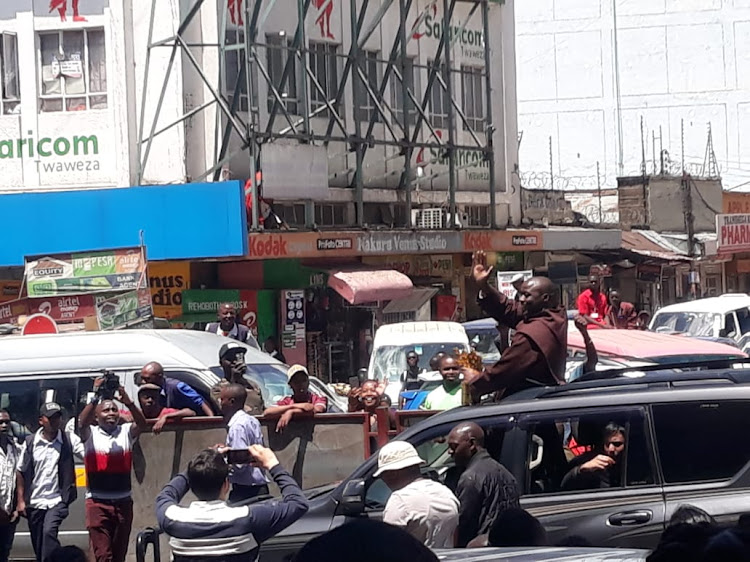 The homecoming saw students from the remote village school ferried to Nakuru town to receive their teacher, who was accompanied by politicians, government officials, and representatives of Varkey Foundation who initiated the award.

The caravan almost brought Nakuru town to a standstill.

After a grand reception that saw a congratulatory billboard put up on the Nakuru-Nairobi highway, the caravan snaked its way to Tabichi’s school, deep inside Nakuru County.

The school is located 14 kilometres from the nearest tarmac road. But Tabichi’s homecoming breathed life into the institution as villagers, both old and young, danced to the rhythm of drums improvised from old jerrycans

Tabichi was joined by his father, Lawrence Tabichi, in a victory dance alongside elated students and ecstatic villagers before Kisii elders formally installed him as one of their own.

“I cannot believe it, it all sounds like a dream although it is a reality,” he said.

“This is our win, not for Tabichi alone, but for Africa, for Kenya and all teachers,” he said. 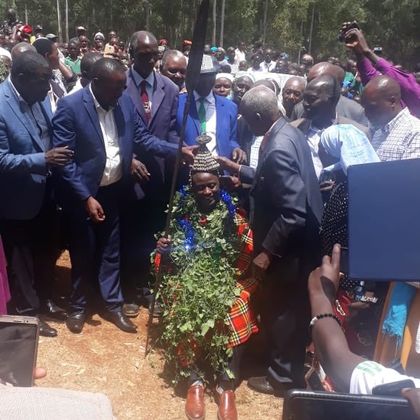 The win, he said, had proved to the world that Africa can produce great people in the field of science and technology.

“Every dawn in Africa opens a new chapter, new challenges that can only be addressed by people with the potential and resolve to empower the youth through education,” he said.

He called for more emphasis on mathematics and sciences in schools.

“If we put more emphasis on these subjects, we can never go wrong,” he said.

“It is a proof to the world that no matter where you come from, your dedication can change the world,” he said.

He said Tabichi’s win had seen the Ministry of Education post 12 new teachers to the school and a promise of Sh20 million by President Kenyatta for infrastructure.

“The accolades coming in thanks to his win have also boosted the school in a big way,” he said.

The Kenya National Union of Teachers also paid tribute to Tabichi, saying the award recognised the vital role played by teachers, and the dedication of those working in remote areas.

A representative of the Fransiscan Brothers, to which Tabichi belongs, Tony Dollan said his victory inspired teachers across the world.

Nakuru Governor Lee Kinyanjui said the win had elevated the school, and appealed to the national government to help the students who are scheduled to represent the country at the international Intel Science Fair in the US.