Ethiopia’s Gelete Burka and Abrha Milaw won the 43rd edition of the Paris Marathon on Sunday, leading a record 60,000 participants to the finish line of a monument-steeped course through the French capital.

Milaw clocked 2hr 07min 05sec, with Kenyan rival Lonyangata coming in third as 60,000 runners took to the streets of the French capital in cold, clear conditions.

Gelete Burka produced a spurt of extra gas in the final kilometre to ensure an Ethiopian winner in the women’s race with a time of 2:22:48. 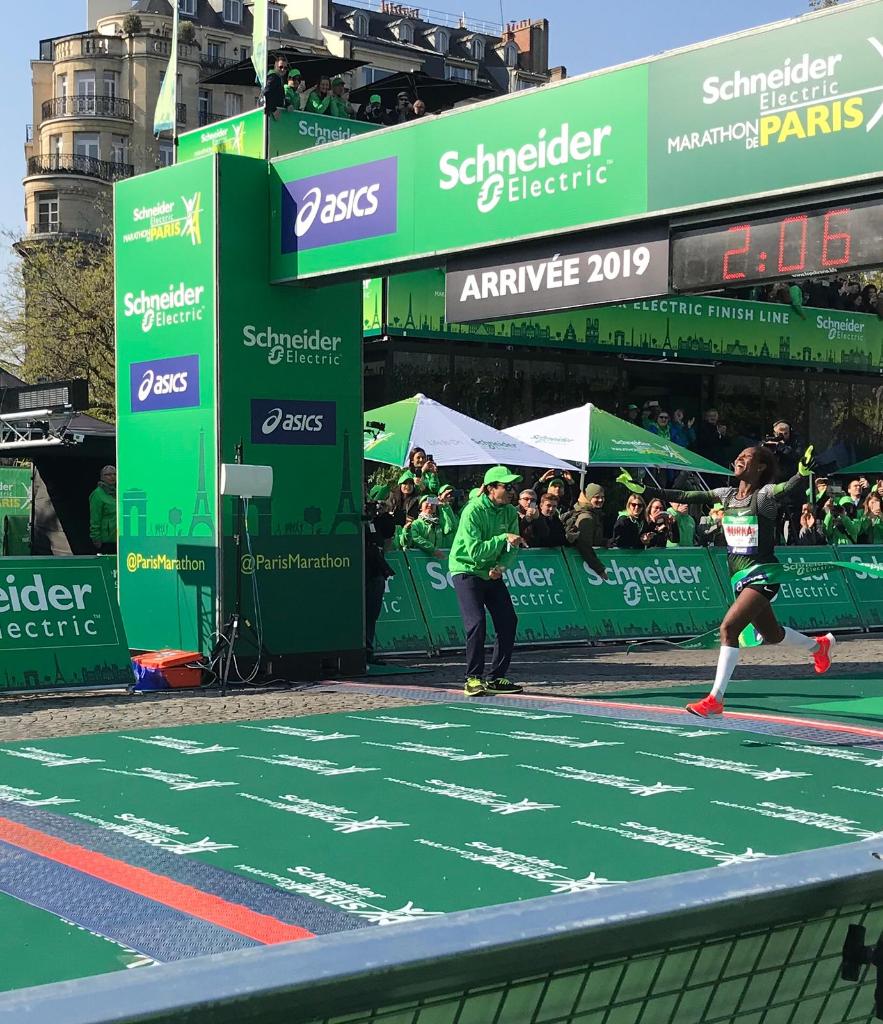