A tiny country with a proportionally high and densely packed population, Rwanda finds itself caught in a dilemma: with every year that passes, agricultural land—its most valuable natural resource and the engine of its economy––comes under increasing pressure from rapid urbanization and population growth.

Rwanda wants good data to help it monitor its limited resources of land. Having a data system that compiles and monitors natural resources, as Costa Rica and Columbia do, could add value to its development planning by updating indicators on resources and analyzing trends in their use.

Grace Nishimwe, from Rwanda’s Land Management and Use Authority, is involved in the process of compiling Rwanda’s natural capital accounts. At a World Bank Conference on Land and Poverty in Washington, D.C., in March, she said that creating the accounts had involved pulling together data from different government agencies and putting it to new use. 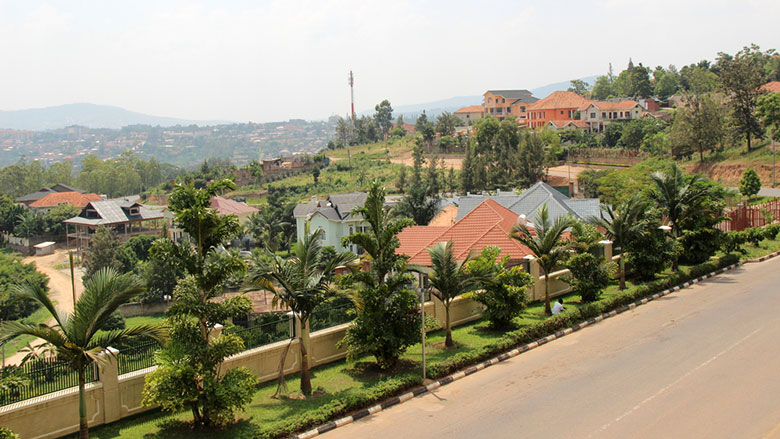 As Rwanda’s population grows, so does its housing.

Because of the inter-agency process, the data is more consistent, continuous, and consolidated than it would be were its sourced from different sectors separately, or from special purpose studies.

Data from Rwanda’s Land Administration Information System that was previously used to register land ownership is, for example, now being used to track changes in land use and to provide information for land use planning. These data sets can provide information for development by showing the government how land and other natural resources are contributing to the national economy.

Keeping account of Rwanda’s natural capital can also provide useful information about changes in land use, the availability and productivity of land, and the nature of constraints placed on agricultural growth. And information on trends in land use provides insight into the potential effects on land of the use of water or growing food.

Worldwide, more than 50 countries have started using standards set for Natural Capital Accounting that were approved by the United Nations in 2012. The idea is that natural capital accounts paint a broader picture of economic development than other standard measures such as Gross Domestic Product (GDP).

The World Bank leads the global Wealth Accounting and the Valuation of Ecosystem Services (WAVES) partnership that helps countries collect data on how much their natural resources contribute to their economies so that they can use that information to improve their sustainable development policies. Rwanda is one of the nine countries in Africa, Asia, and Latin America that WAVES supports directly.

The Natural Capital Accounts initiative has not only provided a more consolidated source of data for countries, but also built up their capacity to analyze trends in the use of land and other resources.

Among Rwanda’s initial findings were a decline in woodlands and an increase in settlements and farmland between 1990 and 2010. Map results revealed that, while areas of dense forest declined by half and sparse forest cover had also decreased, areas under settlement had doubled in a period of 20 years. By 2014 and 2015, agriculture and forestry accounted for about 70 percent of all land use across Rwanda’s provinces.

In Washington, Nishimwe said that since agriculture was key to Rwanda’s economy, this information was relevant to the country’s economic policies because the accessibility of land and how efficiently it was being used were potential limitations to agricultural growth.

Climate also plays a role, with Rwanda’s steep terrain and tradition of rain-fed agriculture meaning that its agricultural sector is particularly vulnerable to changes in temperature and rainfall.

Eventually, as data sources and analytical approaches are embedded into its development planning, Rwanda expects to be able to improve land use allocation and coordination in the belief this may spur better service delivery and more productivity.

Natural capital accounting is the focus of WAVES’ Annual Partnership Meeting in Kigali, Rwanda, this week.