The African Development Bank (AfDB) President, Akinwumi Adesina, has outlined  a number of initiatives the Bank is undertaking to stop the youth unemployment crisis from complicating Africa’s current security challenges.

“The future of the African youth lies in a prosperous Africa, not at the bottom of the Mediterranean Sea. Africa hosts the world’s youngest population,” President Adesina told an Africa Youth Entrepreneurship Forum at the Sixth Tokyo International Conference on African Development (TICAD VI) in Nairobi, Kenya, on Sunday, August 28, 2016.

The Forum, under the theme, “Catalysing the Next Generation of Africa’s Youth Entrepreneurship for Sustainable Industrialisation,” focused on the steps required to turn the agriculture sector into a centre of economic growth and industrialisation.

Addressing the Forum, President Adesina pointed out a number of approaches the Bank has undertaken recently to create jobs and end the potentially dangerous consequences of youth unemployment, including the uncontrolled migration, radicalisation of the youth, and the loss of Africa’s growth esteem.

These include the Jobs for Youth in Africa (JfYA) Strategy, designed to create 25 million jobs and positively impact 50 million youth over the next decade. The Bank has also embarked on the ENABLE (Empowering Novel Agri-Business Led Employment) Youth initiative, which aims at promoting youth entrepreneurship in agriculture and agri-business.

“Fragility cannot stop creativity,” Adesina said referring to the story of 19-year old entrepreneur Kelvin Doe, who has built a radio station from scratch in Liberia, a West African country recovering from conflict.

President Adesina said a youthful population of 840 million people requires job training and building up of skilled workers to empower the youth to take advantage of a rapidly globalised world. “This demographic dividend can be powerful, if it can unleash a generation of well-educated, skilled and productive workforce,” Adesina said during the session, which was attended by eminent scholars, youth entrepreneurs and innovators, business leaders and researchers from across Africa.

The AfDB estimates 10-12 million young Africans enter the job market every year, but only three million of them secure employment in the formal sector. Adesina said to cope with the burgeoning youth population, Africa will need to create 18 million jobs annually. “Youth unemployment in Africa is a ticking time bomb and is a source of social fragility,” he warned. Initiatives such as Andela were commended for empowering youth with skills in technology. The Nigerian-based firm recruits youth and trains them in software development, before helping them find work in international technology firms.

Peter Mbithi, University of Nairobi Vice Chancellor, told the Forum that most African start-ups die within five years of their establishment due to the lack of business management skills and a dearth of entrepreneurship training. “It is important that entrepreneurs focus on these areas… Africa needs innovation in drought-resistant seeds and the policies should focus on commercialisation of innovation. We also need to focus on research in agriculture and innovation that deals with the local problems,” he said.

Kenya’s Cabinet Secretary for Youth and Public Service, Cecily Kariuki, noted that state policies for tackling the problem of youth employment were currently focused on strengthening the capacity of existing industries and economic empowerment. “Strengthening the existing industries is the backbone of economic development. Adopting knowledge and innovation is unique, as this holds a great promise. The dream of Africa’s industrialisation will continue to grow,” the Minister said. 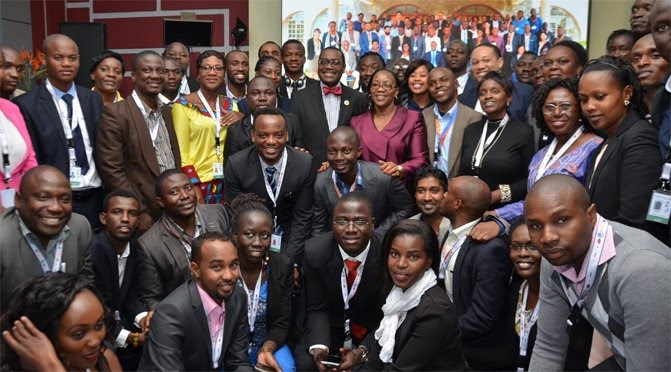 The AfDB has targeted programs that provide financial capital to SMEs including those owned by youth. The Bank’s Africa Small and Medium Enterprises (SME) Program provides financial and technical assistance to several SMEs across Africa.