Africa now has half a billion mobile users, and the mobile ecosystem added $153-billion to the African economy in 2015, according to a new GSMA study, which predicts smartphone numbers will triple in the next five years.

“At the end of 2015, 46% of the population in Africa subscribed to mobile services, equivalent to more than half a billion people,” according to The Mobile Economy: Africa 2016 report. There were 557-million unique mobile subscribers on the continent, which is the world’s second highest market, but also the least penetrated. “The region’s three dominant markets – Egypt, Nigeria and South Africa – together accounted for around a third of the region’s total subscriber base.” 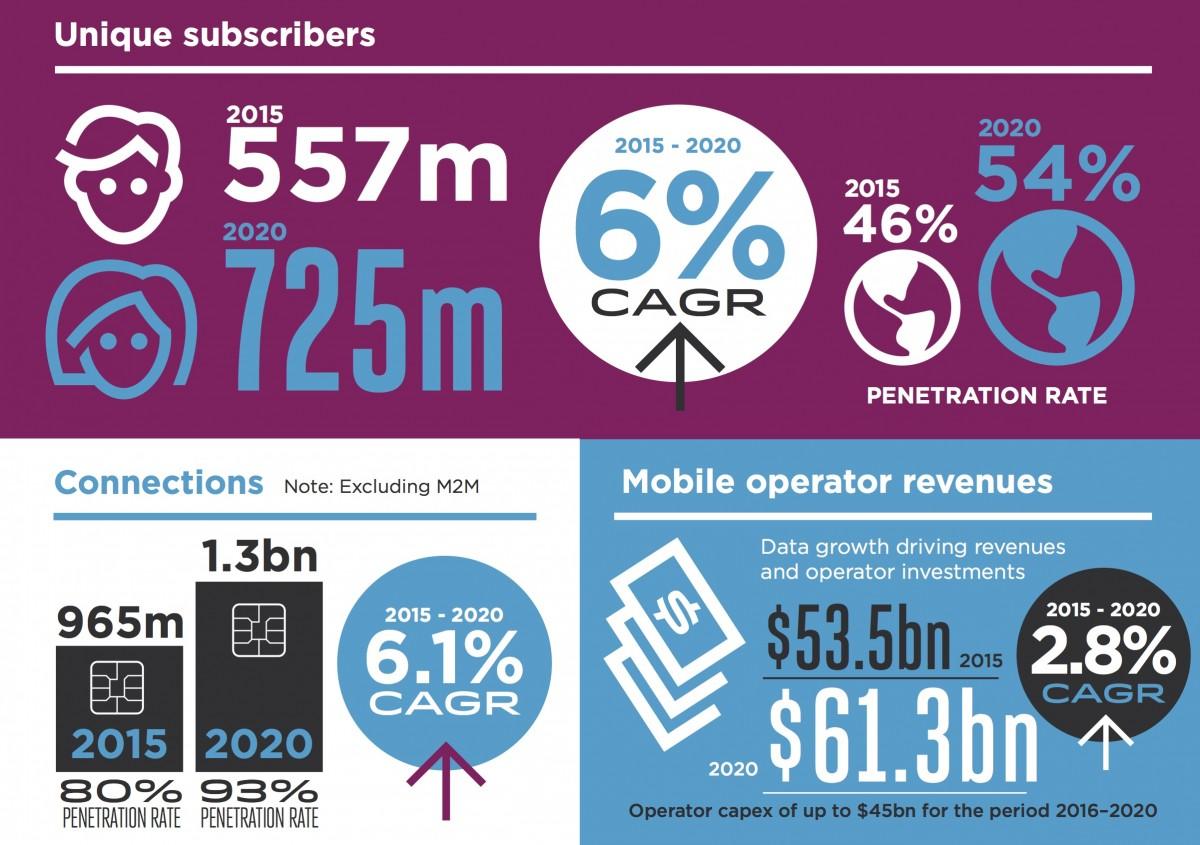 Although Africa has been the fastest growing telecoms region for several years, the report warns that “subscriber growth rates are now beginning to slow and will increasingly converge with the global average, as affordability challenges become a key barrier”.

The GSMA forecasts that an additional 168-million people will be connected via mobile in Africa in the next five years, bringing subscribers to 725-million by 2020. Nigeria, Ethiopia and Tanzania will collectively contribute more than a third of these new subscribers, it says.

“Mobile is powering innovation and entrepreneurship across Africa,” says GSMA director general Mats Granryd. “There are now approximately 310 active tech hubs across the region, including 180 accelerators or incubators. Mobile operators are supporting this ecosystem by opening up APIs to third-party developers in areas such as messaging, billing, location and mobile money, which has allowed start-ups to scale quickly.”