Near Marrakesh, in Morocco’s semi-arid landscape, a humble cactus once used to delineate farm plots and stave off hunger, is enjoying a renaissance that gives new meaning to the old saying “Waste not, want not.”

Prickly pear fruit that would have been discarded past its prime season is now pressed into juice to make jam, while the seeds are pressed into valuable oil for cosmetic purposes. Importantly, in a part of the country where rain is rare and declining, the cactus plant makes the most of available water. It combats soil erosion, creates a richer ecosystem, and relieves some of the pressure of grazing when cactus juice is mixed with straw to feed animals.

The development of the cactus value chain is one example among dozens of ongoing programs and projects that seek to identify waste, inefficiencies and pollution, to upgrade or invent new production processes, and to create value where previously there was little or none.

At a time when many economies are exhausting their natural resources and face constraints exacerbated by climate change, Morocco is setting an example by designing and embracing green growth strategies across sectors.

The approach is in synch with the United Nations’ Sustainable Development Goals (SDGs) endorsed in September 2015. But Morocco’s commitment to green growth predates the SDGs:  the right to a healthy environment and sustainable development has been enshrined in Morocco’s constitution since 2011. The World Bank supported Morocco’s vision for green growth, by providing financing in the form of Development Policy Loans, investment projects, and technical assistance.

“The right to sustainable development does not mean protecting the environment at the expense of the economy,” explains Dr. Hakima El-Haite, Minister Delegate in Charge of Environment for Morocco. “It means being wise enough to find a balance between economic development, social mobility, and the protection of resources – so that there are enough resources to last our children and our grand-children.” This commitment has translated into a comprehensive set of reforms – from energy subsidy reforms, to coastal zoning, pollution regulation, and fisheries management – that has earned the country kudos as it prepares to host the next climate change talks after Paris.

“What’s encouraging is that in all these areas there is a deliberate choice and clear policies that have been spelled out by the government, and they are actually walking the talk in terms of putting the resources and in terms of implementation,” says Marie-Francoise Marie Nelly, World Bank Country Director for the Maghreb and Malta. 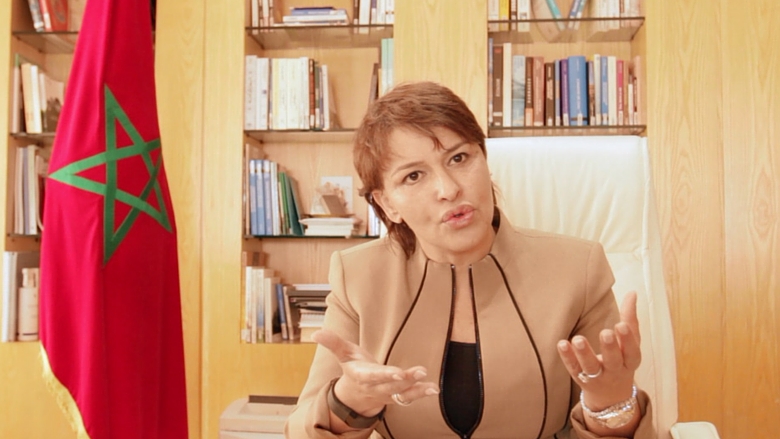 Morocco. Flore de Préneuf / World Bank
“The right to sustainable development does not mean protecting the environment at the expense of the economy. It means being wise enough to find a balance between economic development, social mobility, and the protection of resources – so that there are enough resources to last our children and our grand-children.”

Minister Delegate in Charge of Environment for Morocco 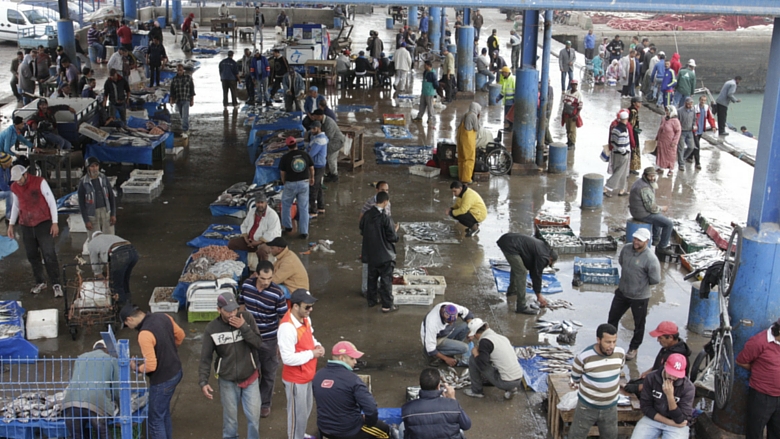 Industries large and small are now looking at generating power and savings by using production by-products and waste. According to Said Mouline, Head of the National Agency for the Development of Renewable Energy and Energy Efficiency, private sector industries already generate about 500 MW of wind energy for their own use. “All this activity would not have happened without the end of subsidies,” says Mouline. “There is no green economy without regulation.”

At the national level, the power sector has experienced widespread change characterized by large renewable energy investments and the strong involvement of the private sector as independent power producers. This is good news not only for climate change mitigation, but also for people’s human development and wellbeing. Savings generated by the elimination of subsidies for gasoline, diesel, and heavy fuel oil, have allowed the government to increase its spending on social sectors such as health and education, especially for the poor: allocations to the Social Cohesion Fund, which finances social safety net programs, doubled as a share of government expenditures between 2012 and 2015.

Agriculture accounts on average for 16 percent of GDP but employs about 40 percent the country’s workforce. The national strategy known as the Plan Maroc Vert seeks to increase value added in the sector and create jobs while making agriculture more sustainable, inclusive, and resilient.

The Plan Maroc Vert includes support for climate-smart practices in both rainfed and irrigated agriculture.

In rainfed agriculture, direct seeding is a technique which conserves soil moisture and topsoil and helps stabilize cereal yields in times of drought.

In irrigated agriculture, the introduction of drip irrigation seeks to address growing water constraints. According to Brahim Berjamy, responsible for Information Systems and Communications at the Tensift River Basin Agency in Marrakech “We need to focus on managing demand to make usage more rational and efficient.”

Fish and jobs for the next generation

At sea, climate change’s impact on fisheries may come in many forms, including the observed and anticipated migration of certain species, in response to increases in sea temperature, acidification and changes in ocean patterns. For now, however, the main threat to growth is illegal, unreported and unregulated fishing practices which threaten population renewal and the livelihoods of about half a million Moroccans.

To address this threat, Morocco has invested in a number of measures including a satellite-based Vessel Monitoring System, which requires all fishing boats above a certain size to be fitted with tracking beacons, and allows them to be followed in real time, with clear traceability. Fishing boats must also respect closed areas where particular species reproduce, and follow rules about acceptable fishing gear and minimum size requirements.

Other related green growth reforms seek to improve coastal zone management, develop sustainable aquaculture in rural areas where 70 percent of the poor live, and generate more revenues through the preservation of natural assets. Nature-based tourism in particular is a fast growing segment of the global tourism industry and has the potential to create jobs and economic growth for Morocco.