(CNN) — Ethiopia has been named as the world’s best destination for tourists in 2015 by the European Council on Tourism and Trade. What makes the country unique? Ethiopia is home to nine UNESCO World Heritage Sites, including the Semien National Park. Massive erosion over the years on the Ethiopian plateau has created one of the most spectacular landscapes in the world, with jagged mountain peaks, deep valleys and sharp precipices dropping some 1,500 metres. 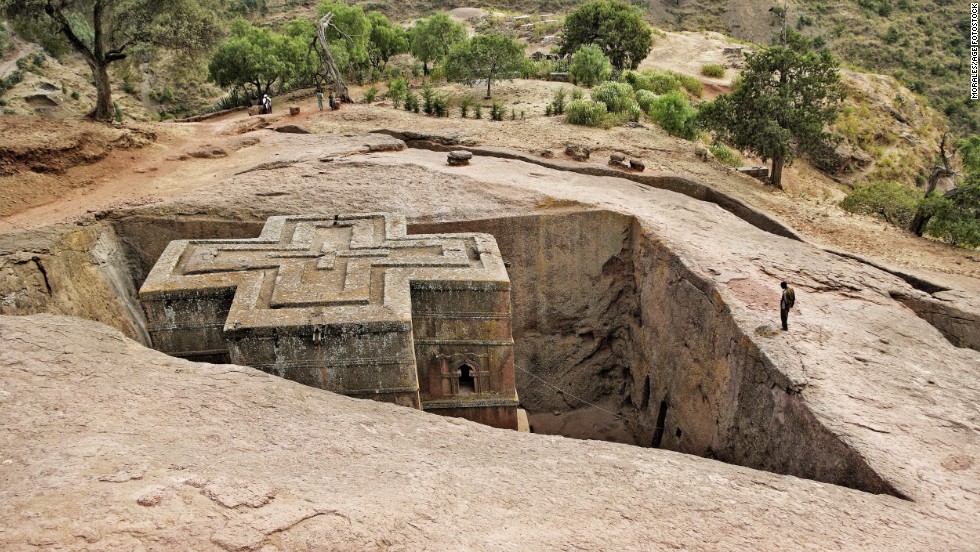 Ethiopia is home to one of the oldest Christian churches in the world, dating back to the early fourth century. Nowhere is this heritage clearer than the northern town of Lalibela, where 11 underground churches have been hewn out of the rock. The Church of St. George (Bet Giyorgis) was carved from a type of limestone around the early 13th century. 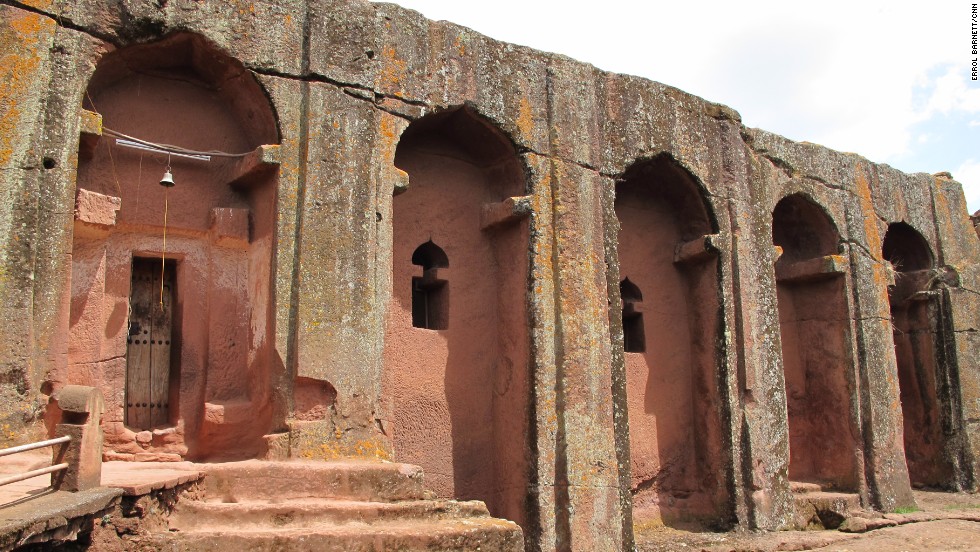 In Lalibela, the many sacred sites are linked by tunnels. The chiseled creations have turned this mountain town into a place of pride and pilgrimage for worshipers of the Ethiopian Orthodox Church, attracting 80,000 to 100,000 visitors every year. 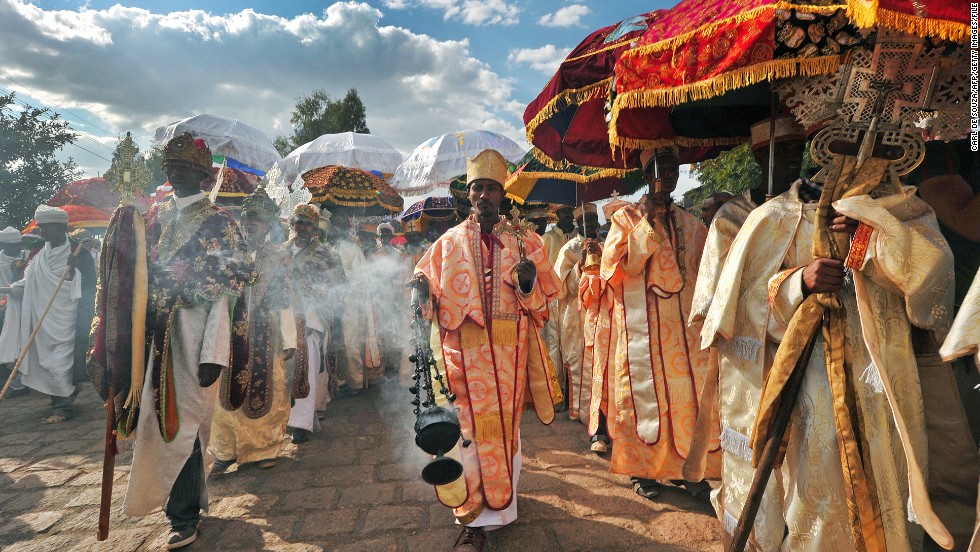 Priests and monks in Lalibela celebrate the Ethiopian Orthodox festival of Timkat, which remembers the Baptism of Jesus in the Jordan River. The Tabot, a model of the Ark of the Covenant is taken out of every Ethiopian church for 24 hours and paraded during a procession in towns across the country. Over 80 % of Ethiopians are estimated to be Orthodox Christians. 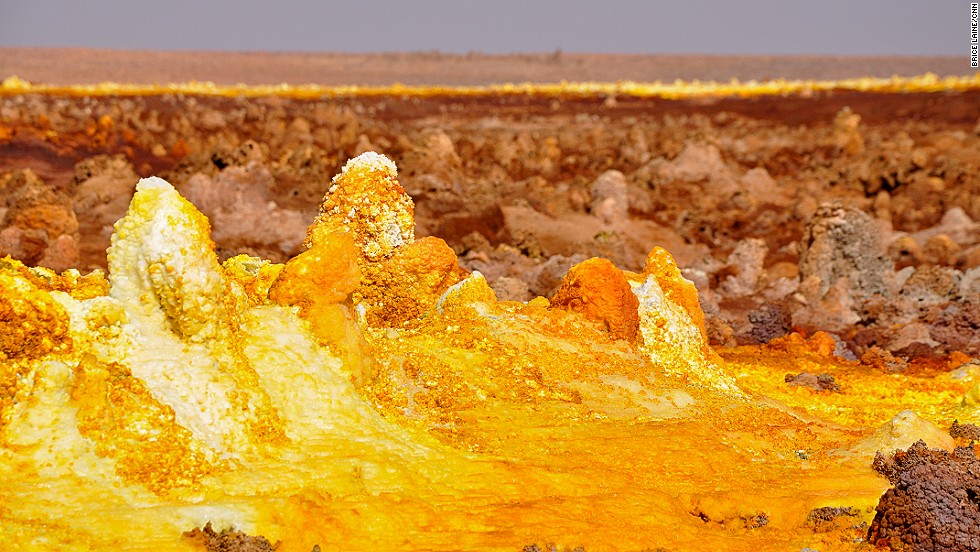 The Danakil Depression desert basin reaches up to 125 meters below sea level due to the tectonic activity caused by plate movements in the region, and is home to fields of sulphurous hot spirings like this one. 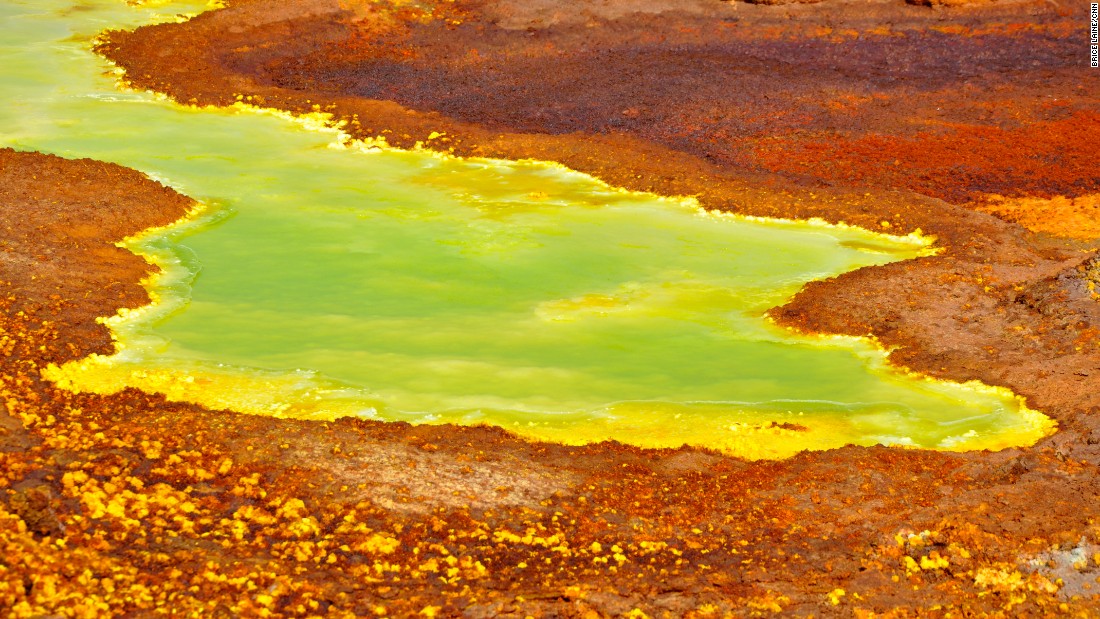 The inhospitable terrain of the Ethiopia’s desert basin also features many acid pools. 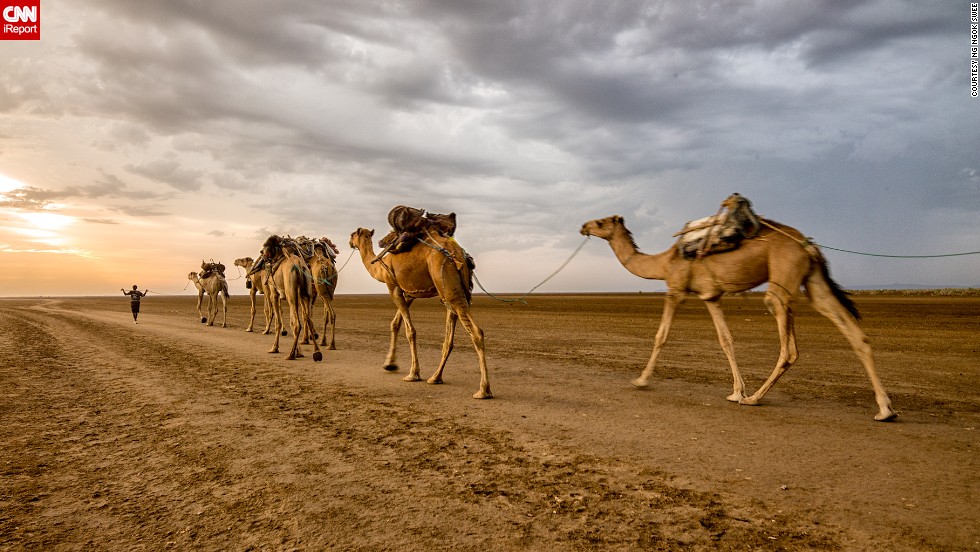 A salt worker and his camels cross the Danakil Depression in Northern Ethiopia. The landscape is one of harshest on earth, with wastelands of salt and sweltering temperatures that remain well over 100 degrees Fahrenheit. 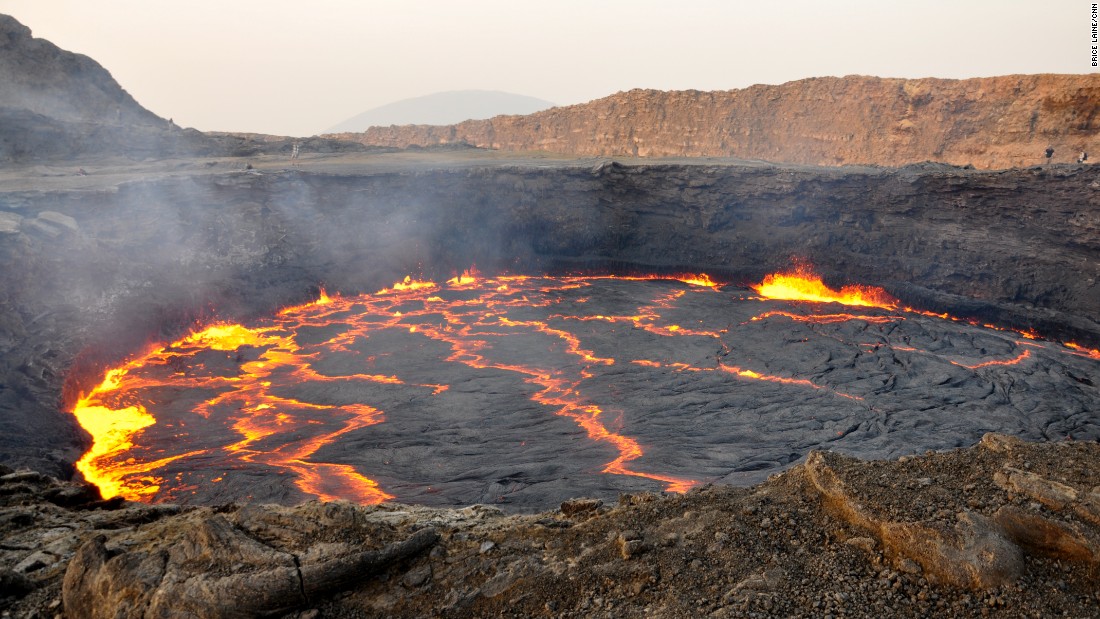 Raw, immense and majestically beautiful, the Erta Ale volcanic crater also sits within the Danakil Depression. Known for being the world’s oldest active lava lake, the locals call it “the gateway to hell”. 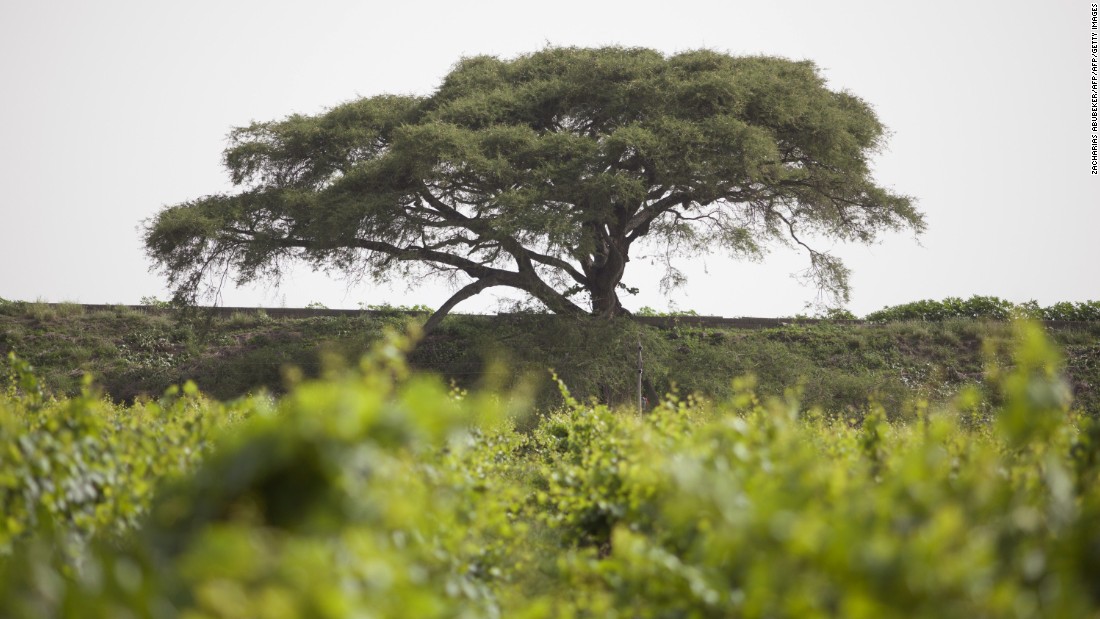 Wine lovers can find unexpected sights in the country, like this winery outside the town of Ziway, central Ethiopia. Beyond the donkeys on a potholed road there are vineyards bursting with merlot, syrah and chardonnay grapes ripening in the African sun. 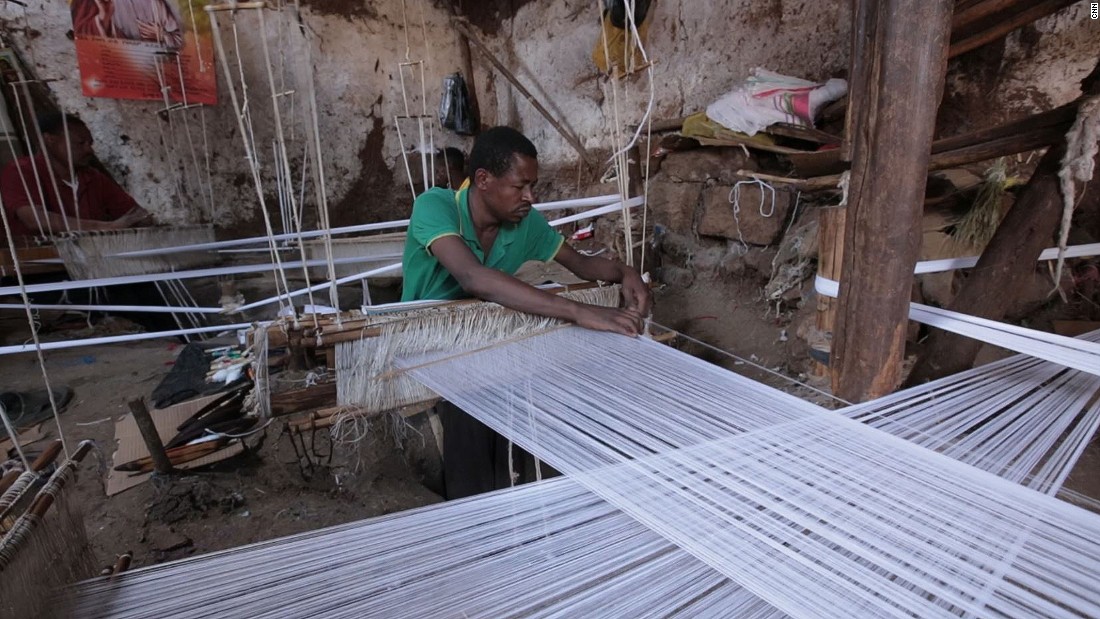 Ethiopia has a burgeoning fashion industry. It is known for its intricately woven cotton fabrics, and emerging designers such as Fikirte Addis and Liya Kebede are putting Addis Ababa firmly on the fashion map. 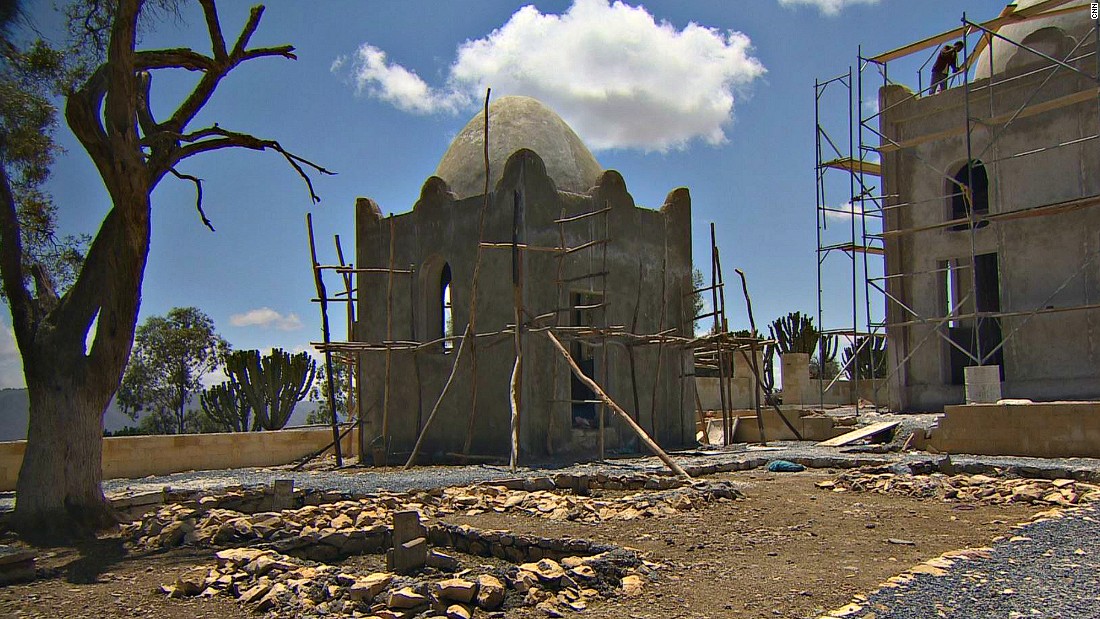 Another UNESCO World Heritage site is the tiny village of Negash, which was home to Ethiopia’s first Muslim communities and is one of the most important sites in Islam. Legend has it that the Prophet Mohammed’s daughter lived her for a time. 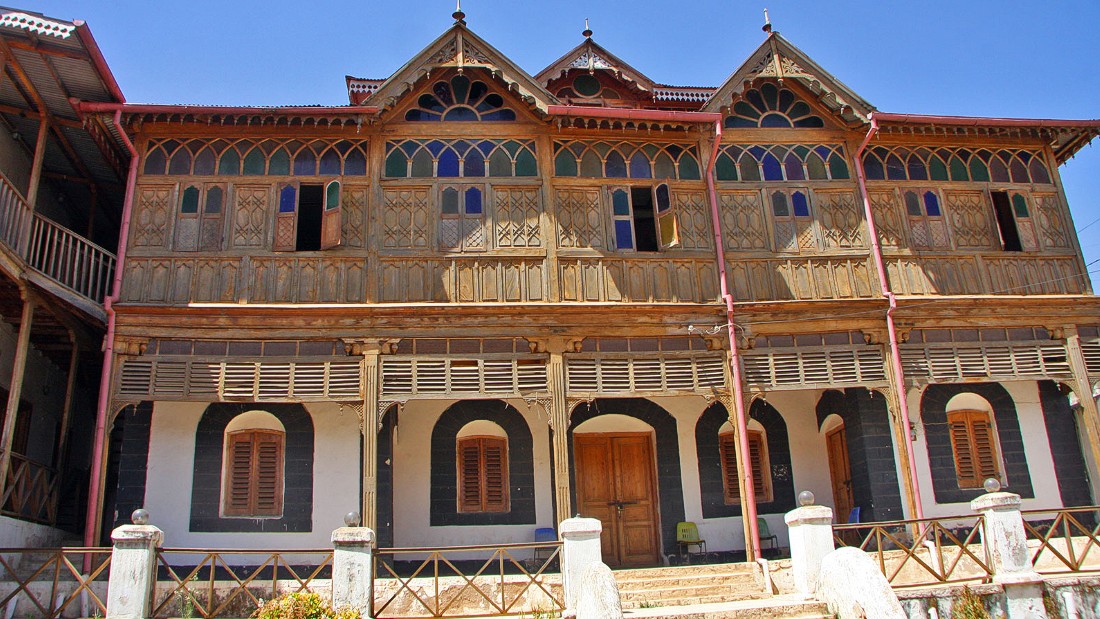 In the eastern city of Harar, this building is known as Arthur Rimbaud’s house after the famous French poet who visited the area. It was actually built by an Indian merchant on the site of an earlier house where Rimbaud is said to have lived. 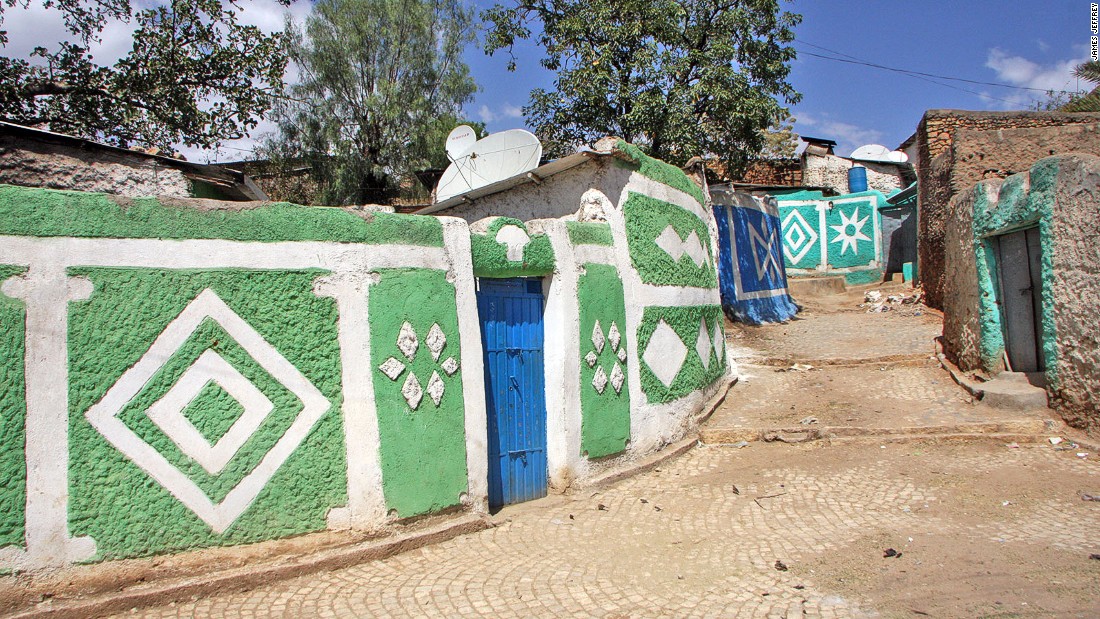 One of the colourful painted alleyways in Harar’s Jugal, the 16th-century fortification within the modern city.