(CNN) — South African universities will not increase fees in 2016 as planned, President Jacob Zuma announced Friday after days of student protests over the issue.

Students celebrated, but many posting on social media said fees remained too high and worried about what will happen after 2016.

Zuma’s move came after protests outside government offices in Pretoria escalated, with a small group throwing rocks and police responding with stun grenades and water cannons.

The announcement was followed by police firing tear gas and sustained volleys of rubber bullets in an effort to clear the grounds of the Union Buildings housing government offices.

The protests capped a week of demonstrations over the contentious issue, which saw protesters barricade universities and storm the South African Parliament to press their message that university education in the country is too expensive, among other issues.

“In the long term, there is a package of issues that was raised at the meeting that needs to be followed up,” Zuma said after meeting Friday with student leaders. Those issues include proposals to make higher education free for all.

Zuma said a presidential task force created to address the question of fees will be expanded to look at other issues as well.

Initially, fees were to go up by 10%, but the government lowered the increase to 6% before freezing the hikes for next year. 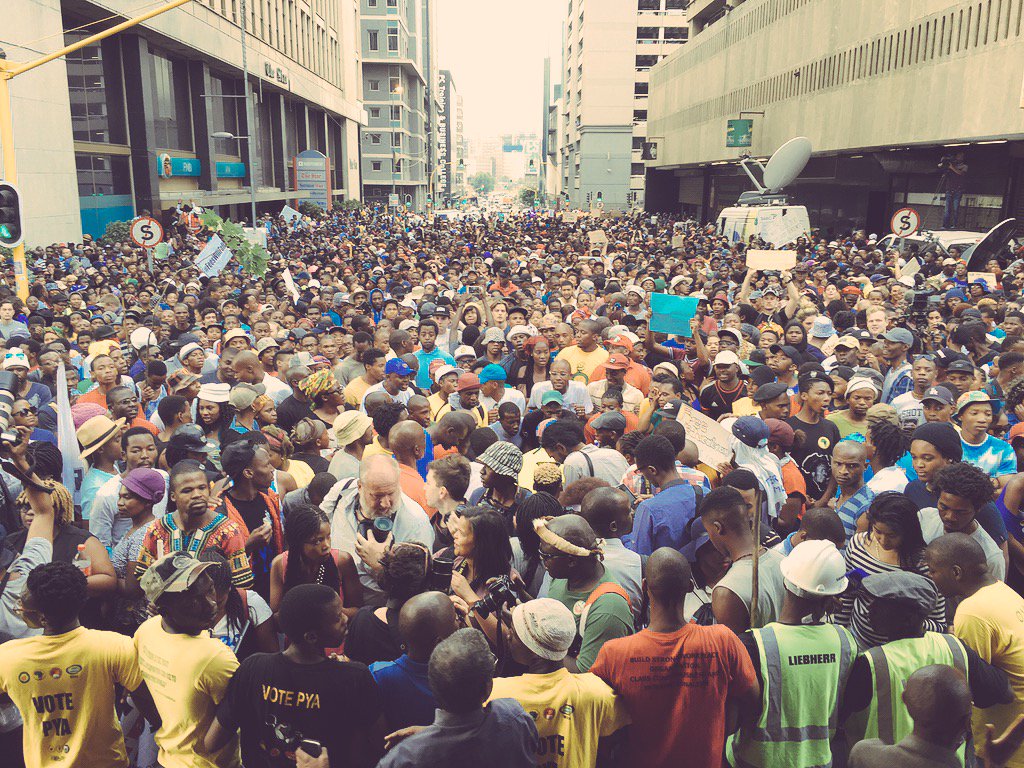 A small group of protesters pushed through barricades, threw rocks at police and set fire to public toilets. Police fired stun grenades and sprayed the crowd with a water canon before eventually deploying a razor-wire fence.

More than a dozen universities have been shut down because of the protests. Students are using the hashtag #FeesMustFall to rally on social media.

Earlier, protesters barricaded entrances to campuses, including the University of Cape Town and University of the Witwatersrand in Johannesburg.

They pushed past guards and pried open gates. Once inside parliamentary grounds, they sat in front of the building to block lawmakers from getting out.

Students clashed with the police, whom they accused of using tear gas to disperse crowds.

At the time, the South African Police Service said it had arrested six students for “illegal protests” in Cape Town.