By Fumnanya Agbugah (Ventures Africa) — For the past six years the African Artist Foundation (AAF), has exhibited works from different photographers through its annual programme known as the Lagos Photo Festival. The photo festival brings the world’s top photographers to the commercial hub of Lagos in order to showcase their works on different subjects focusing on Africa and the world at large, and redesign the trajectory of photography in Africa.

The director of AAF, Azu Nwagbogu, told Ventures Africa that the event has seen an increase in the number of exhibitors and viewers over the past six years.

This year’s exhibition which was launched at the Eko Hotel and Suites Lagos witnessed the presence of many art lovers and influential artists in Africa such as photographer, Kelechi Obi Amadi. Kelechi said he was inspired by the music of Nigeria’s afrobeat legend Fela Anikulapo Kuti to produce his work. His photos were produced using light photography, which is a process of using touch-lights and the Huawei P8 phone.

Kelechi said, “I’m using this work to demonstrate that creativity is about having fun when you think of stuff. Don’t think about the money just have fun and express yourself by enjoying what you.” 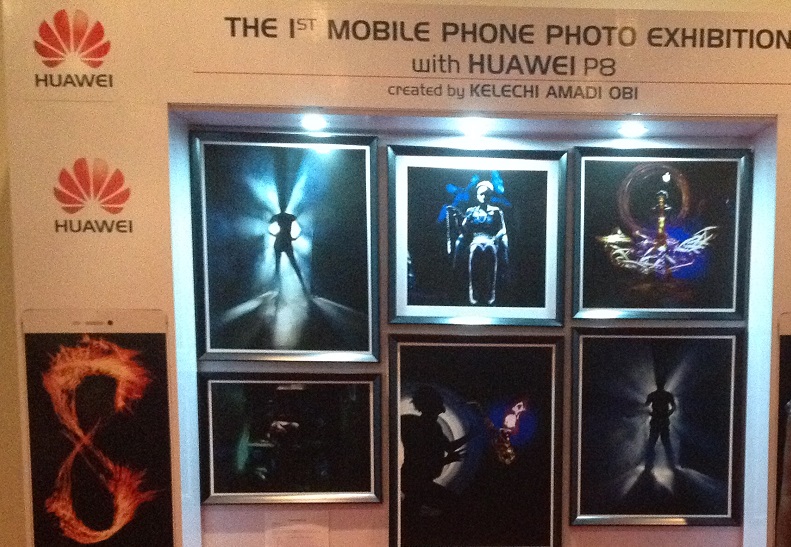 South African Nobukho Nqaba’s work “Unomgcana or Umaskhenke” which means the traveller, is made from the plastic meshed bag produced in China known as the ‘Ghana Must Go Bag’ in Nigeria, ‘Zimbabwe Bag’ in South Africa and ‘Mexican Bag’ in the United States of America. For Nobukho, these names reveals the anxiety expressed towards carriers of these bags in communities they relocate to. It has become a symbol of migration not only across borders but also within countries. Nobukho is the only artist from Africa who will be featured in the upcoming edition of Swiss publication and travelling exhibition “Regeneration: photographers of tomorrow.” 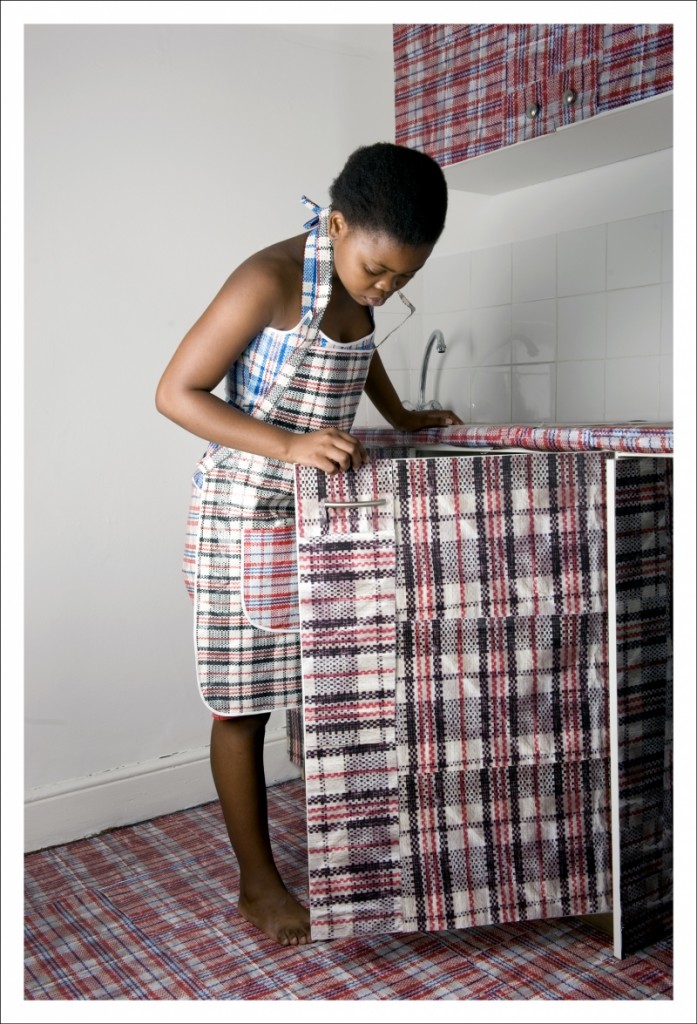 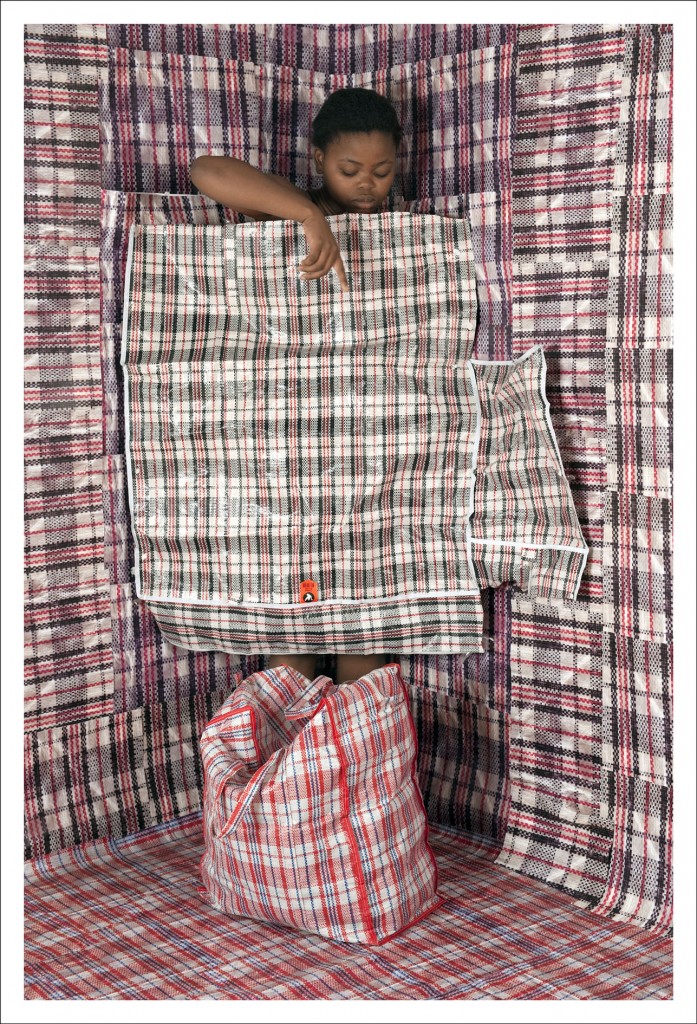 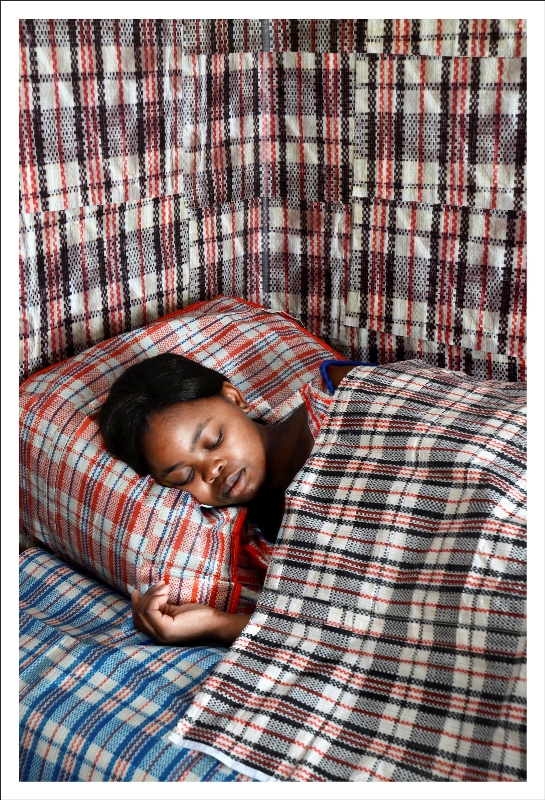 James Ostrer who is from the United Kingdom was also invited to showcase his work at the event. His works are created with layers of sweets and food applied to a human subject which is then photographed. For James, this adornment is a mask of what we eat and it is an inquiry into the great volumes of sugar that flow through our bodies.

“I feel blessed to be at the Lagos Photo 2015 because this is my first time in Nigeria and it has been a huge success”, said the photographer. 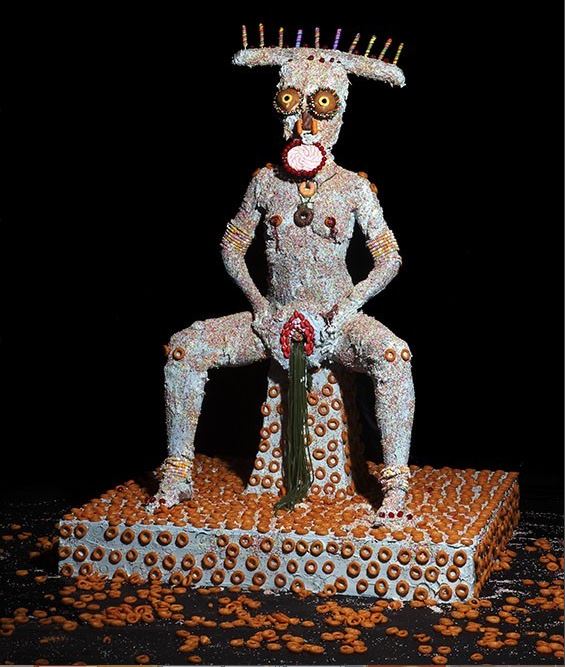 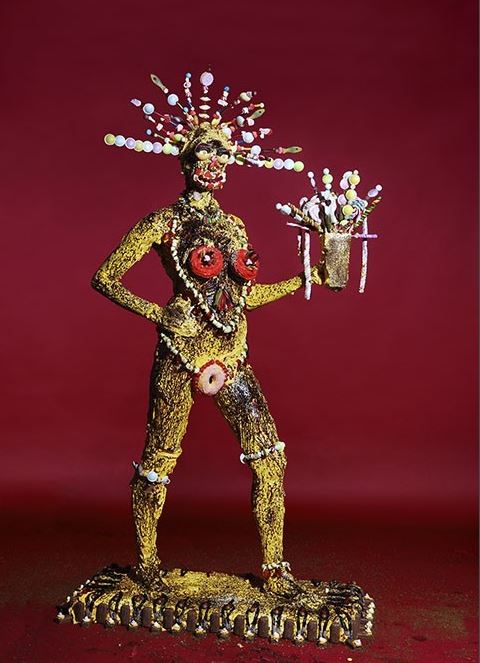 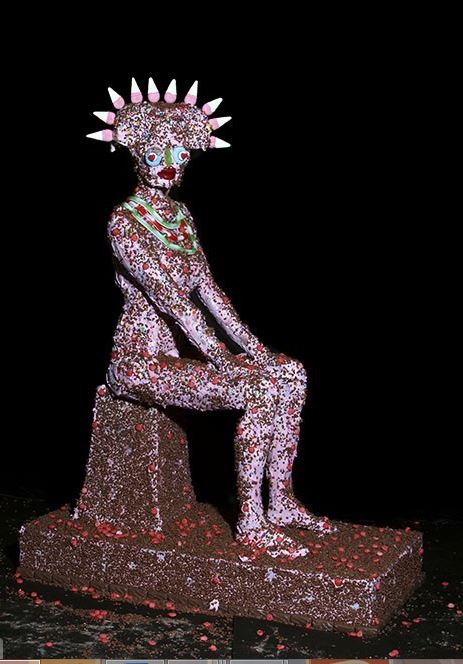