Esther Okade, from Walsall, West Midlands in the UK, has enrolled for an Open University Mathematics degree months after she passed her A-levels – and wants to study for a PhD before running her own bank. The 10-year-old home-schooled girl, who is a maths genius, has become one of the youngest students in the UK to enroll in a university.

She gained a C grade in her maths GCSE at age six, and has now joined the course which started this month. Her younger brother Isiah is already studying for his A-levels – also aged six. 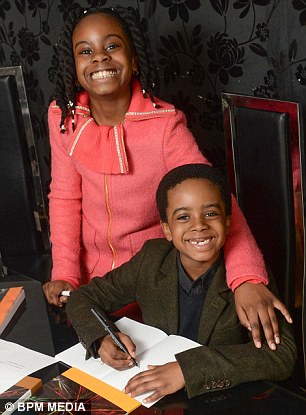 “She is doing so well. She took a test recently and scored 100 per cent,” said Esther Okade’s mother, Omonefe, who is 37 and a Mathematician as well, and home schools Esther and Isiah. She has converted the living room of their semi-detached, three-bedroom house into a makeshift classroom.