(World Bank) — In Rwanda, one of the most densely populated of the least-developed countries in Africa, 45 percent of the population lives in poverty and communities face acute electricity shortages. Here, every watt of electricity counts.

In 2009, only 6 percent of Rwanda’s population had access to electricity. The majority of households were either living without lights or using kerosene lamps or batteries.

In an effort to increase access to electricity and save energy, the Rwandan government put in place the Economic Development and Poverty Reduction Strategy, which aims to expand electricity connections to 70 percent of the population by 2018. At the same time, the government realized it could address energy shortages and black-outs by making energy consumption more efficient.

By 2012, about 18 percent of Rwandan households were connected to the grid. People are changing their behavior by wasting less energy, paying less per kilowatt hour and saving energy on a national level, with more power now available to poor rural areas. Over 200,000 households, representing almost 1.5 million people, have received CFL light bulbs through a World Bank-supported project that has allowed them to earn carbon credits for the first time.

How did Rwanda do it?

Under the Rwanda Electrogaz Compact Fluorescent Lamp (CFL) Distribution project, the Rwanda Energy Group – the national public electricity utility, formerly called Electrogaz – conducted an ambitious countrywide distribution of 800,000 high-quality compact fluorescent lamps (CFLs), commonly known as “Energy Savers,” that are up to 75 percent more efficient than incandescent bulbs. The company bought the CFLs at bulk price, with half the cost financed through the World Bank electricity access scale-up project and the other half through an advance payment for future carbon credits purchased by the World Bank’s Community Development Carbon Fund (CDCF).

High-efficiency lighting can reduce electricity use, making it a crucial tool in offsetting price increases that come with extending power grid connections. The CFL distribution brought down costs for consumers and enabled more poor clients to afford access to electricity. It also led to a reduction in greenhouse gas emissions, making the project eligible for carbon credits under the UN’s Clean Development Mechanism(CDM).

“Our partnership with the World Bank has contributed to savings for our end users of 64 GWh per year, equivalent to approximately US$ 14.5 million as well as a reduction in the power demand by approximately 30MW,” said Jean Bosco Muginareza, CEO of the Rwanda Energy Group.

“The extension of the electrical grid to rural areas has decreased the use of biomass and kerosene lamps for lighting, lowering smoke pollution. It has also contributed to job creation such as carpentry, soldering, sewing, and the use of power-based mills to transform dry cassava and grains into flour. Some villages are becoming small commercial centers, open late into the night.” 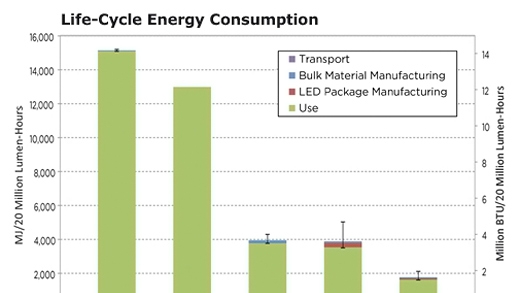 The utility used newspapers, posters and billboards to carry out a wide-reaching awareness campaign on how to save energy and differentiate between high- and low-quality CFLs– some of which break after just a couple of months. Quality control is important to the project’s success: if markets are flooded with low-quality CFLs, users can revert back to cheaper incandescent light bulbs.

In rural areas, an additional 95,000 households were connected to the grid between 2012 and 2014. Each household received three to four CFLs with their new electricity meter.

In urban areas, 109,000 existing grid-connected households were given the opportunity to exchange old light bulbs for high-quality CFLs at a subsidized price of 200 RWF (approximately USD 37 cents) per bulb. They are now paying less for electricity and using less energy to light their homes and shops for longer.

To make distribution efficient and customer-friendly, the strategies differed by location. In urban areas, customers exchanged their incandescent bulbs for CFLs at distribution centers. But it soon became clear through surveys that people in rural areas didn’t have the means to travel to distribution centers, so lamp distributors travelled to remote villages and distributed CFLs.

As a result, 204,000 Rwandan households (with an average of seven people per house) today benefit from high-quality CFLs. The old incandescent light bulbs are being disposed of in a safe manner by the Rwanda Energy Group and the Rwanda Environmental Management Authority.

There has been a sea-change in the use of energy efficient light bulbs in Rwanda. Customers in urban and rural households now also buy energy-saving light bulbs in their local markets rather than incandescent bulbs. And they use the campaign’s lessons to further reduce their bills by turning off lights when they leave a room. As a result, power demand at certain times of day can be as much as 30 MW less than before thanks to reduced demand, allowing the Rwanda Energy Group to expand the grid access to additional households.

Last month, the United Nations Framework Convention on Climate Change (UNFCCC) approved and issued 22,000 Certified Emission Reductions for the CFL project, for emissions reduced between May 2010 and July 2012. It was the first issuance of carbon credits in Rwanda and the first for a CFL project in Africa, said Sandrine Boukerche, fund analyst for the CDCF.

The project is expected to reduce about 24,000 tons of carbon dioxide each year, which is equivalent to taking about 5,000 cars off the road in the United States.

The design and development of the Rwanda Electrogaz CFL project is also contributing indirectly to climate change mitigation elsewhere.  As part of the carbon finance component of the project, a new Clean Development Mechanism methodology was developed in cooperation with the World Bank for “Demand-side activities for efficient lighting technologies”. The methodology is being used to estimate greenhouse gas emissions reductions for more than 37 efficient lighting projects worldwide.

This Post was first Published by the World Bank HERE